Sorry Conspiracy Theorists, but Epstein Did Kill Himself

Jeffery Epstein has always been the subject of conspiracy theories; this should come as no surprise as he was a wealthy financier, high profile child trafficker, and friends with some of our nation's most powerful, including billionaire Bill Gates and former presidents Bill Clinton and Donald J Trump. However, no one would have expected the cause of his death to become a subject of national debate. On July 23rd, a federal indictment noted “Epstein was found on the floor of his cell with a strip of bedsheet around his neck.” The government claimed that this was an attempted suicide but Epstein himself begged to differ claiming it was cellmate, former police officer, and convicted murderer Nick Tartaglione, who was responsible. 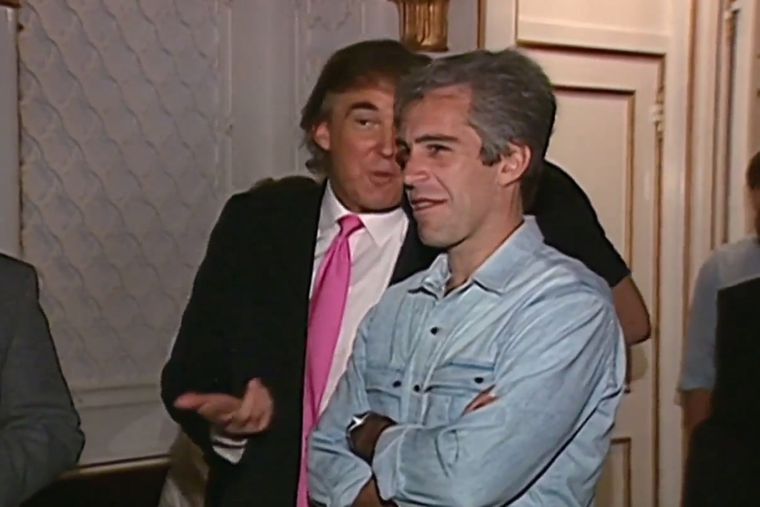 After that incident, Epstein had been placed on suicide watch but after only a week he was taken off of it and was required to be assigned a cellmate. On August 10th, at 7:49 pm, Epstein was escorted to his cell. Security cameras showed that the two guards assigned to watch him, Tova Noel and Michael Thomas, had slept through their overnight shift and only ended up checking in on him at 6:30 pm the next day. In addition, the cameras that were supposed to monitor Epstein had been corrupted on the night of his death and he had not yet been assigned a cellmate, allowing for no easy explanation for the cause of his death.

In a 60 minutes interview, 60 Minutes correspondent Sharyn Alfonsi noted how bizarre the circumstances were before Epstein’s death “So Epstein's taken off suicide watch, the day before he kills himself, his roommate is removed from the cell. The cameras on his tier are not working. The guards fell asleep. It seems almost impossible to think all of those things could happen in that way.” Eventually, the media, government, and most professionals concluded that Epstein’s death was a suicide, but that did not stop the swirl of conspiracies that claimed otherwise. While an argument, based on analysis by the controversial forensic scientist Dr. Michael Baden and vague data on past suicides at the facility, can be made that Epstein did not kill himself, substantial evidence suggests otherwise. The autopsy done by the New York City Medical Examiner's Office, the materials left behind in Epstein’s cell after his death, and the general improbability of someone breaking into the prison and killing Epstein all point to the same conclusion: Epstein killed himself.

Fueling the conspiracies of the causes of Epstein’s death was an autopsy done by forensic scientist Dr. Michael Baden. The main reason why Baden opposed the general consensus was that he noticed unusual fractures in Epstein’s neck. "There were fractures of the left, the right thyroid cartilage and the left hyoid bone,’ Baden said. ‘I have never seen three fractures like this in a suicidal hanging.” Baden went on to claim that not one of the past thousands of suicides in the New York City state prisons had three fractures like Epstein. He also noted that the noose at the scene did not match with the wounds on Epstein’s neck. Based on this evidence Baden went on to make a bizarre statement that the several broken bones in Epstein’s neck made it seem more likely he had been strangled instead of hung.

Dr. Sanjay Gupta, CNN Chief Medical Correspondent, spoke in direct opposition to this claim; “In strangulation, while you can break the hyoid bone, it is less likely to actually break bones in the neck,’ Gupta said. ‘By hanging, someone can break both the hyoid bone and other bones in the neck. None of these factors in isolation give you a complete story.” It is worth noting that Baden may have a conflict of interest since he was paid by Epstein’s brother to investigate the suicide and is a FOX contributor, but he claims that he is only pursuing the truth. While many are using Baden’s analysis as justification for their conspiracies, he has admitted that he has yet to receive enough evidence to come to a certain conclusion. Many Epstein conspiracists also cite how the last suicide to occur in the Metropolitan Correctional Center (the prison where Epstein was kept) occurred over 15 years ago. This data point alone definitetly does not disprove Epstein’s suicide, in fact, it shows that it is possible. 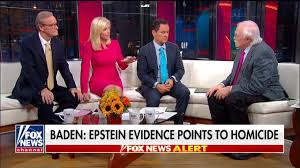 Also in direct opposition to Baden’s analysis is the credible New York City Medical Examiner’s Office. Chief Medical Examiner of the office, Dr. Barbara Sampson, has stated on various occasions that the office firmly believes Epstein killed himself. So which source is more credible, Baden or New York City Medical Examiner’s Office? On one hand, we have an independent forensic scientist, whose controversial rulings have allowed him to gain national fame and fortune. He has appeared on Fox and Friends and 60 minutes and has been heavily compensated for these appearances. Over his decade-long career, he was fired when he served as the chief medical examiner of New York in 1979, and even gave advice on how to kill people! On the other side, we have an established institution with over 600 employees and the world’s largest DNA crime laboratory. It should be pretty obvious which one is more credible.

After Epstein’s death, there were various items in the scene that suggested he had killed himself. Photos at the scene showed various nooses made of orange bed linens laid out across the floor. There was no DNA evidence showing someone else had entered the cell, nor was a murder weapon found. No photos were taken of Epstein dead in the cell since he was rushed to the hospital after being found unconscious in his cell at 6:30 in the morning. While the evidence at the scene is inconclusive, the various fashioned nooses and lack of evidence of a murderer seem to lean towards suicide.

A noose found in Epstein’s cell after his death

While Epstein may seem like the prime subject to be on some rich guy’s hit list, breaking into a prison and murdering someone without a trace is a nearly impossible task. One would have to avoid or bribe prison guards, bypass various locked doors, disable countless security cameras, find the specific cell they are looking for, and murder someone without alerting the other prisoners. The footage of the security cameras directly facing Epstein’s cell was corrupted on the night of his death, but the cameras recording the open space in front of his cell were working fine. These cameras did not see a murderer enter Epstein’s cell. On top of that, there was no DNA evidence showing that anyone had entered Epstein’s cell. The improbability of breaking into a prison and murdering someone unnoticed, coupled with the lack of footage or DNA evidence pretty much disprove the conspiracy theory that Epstein was murdered.

It goes without saying that Epstein’s death is one of the great mysteries of our time. Without footage directly into his cell or any eyewitness reports, it is unlikely we will ever get concrete evidence proving his suicide. People and organizations that profit off of conspiracies, like Baden and Fox News, will continue to perpetuate narratives with little factual support. However, the autopsy done by the credible New York City Medical Examiner's Office, materials left behind after his death, and the unlikelihood of someone breaking into prison and committing murder there all suggest that Epstein did kill himself.