"Why aren't you trying to stand up for your culture?" one of my peers said to me. We were discussing cultural appropriation, and his response mentioned above had come after I asserted that I would be more than happy to allow a non-Indian to wear my cultural attire if they took an interest in it. This idea came of great alarm to him, as shortly after, he told others I was apparently "racist to my own people" for holding this opinion. Now, why am I sharing this brief exchange with you all? Well, it's for two major reasons: firstly to highlight that there are regular people who are invested in the leftist culture war (not just neoliberal politicians who lack substantive policy ideas); secondly, it depicts that the culture war can lead to deep divisions among members of the political left (as he and I are both supporters of the progressive movement). Now, with that out of the way, let's get into what this article is really about.

This whole conversation had come about due to a larger moral discrepancy occurring in my school. It was currently Hippie day for the class of 2022 during our annual Spirit Week. Many students, who were not of African American descent, had decided to wear Afros to complement their costumes. A few vocal students and staff took offense to this, claiming that it was racially insensitive to wear a hairstyle that did not belong to their respected culture. I, however, strongly disagree; here's why:

Hairstyles are a form of expression and a matter of personal choice, not a political matter. The top's of one head should be governed by one's personal decisions instead of another individual's own political and moral philosophies. If you deem an Afro to be offensive, then that's your opinion, and don't wear one yourself. But don't let your personal opinions restrict the enjoyment of others.

Now, if you are a leftist culture warrior reading this, I know what you are thinking: Sunjay, isn't wearing an Afro in this way meant to belittle a hairstyle as some sort of joke? The answer is no; the individuals are rocking this hairstyle not because they find it funny but because they have taken a keen interest in it and want to try it on for themselves. If anything, they are celebrating the usage of Afro in the past with their costumes, not demeaning it.

Normally, leftist culture warriors tend to argue that the impact of an action on their own feelings supersedes the intent of the person conveying it. The term "racially insensitive" embodies this, as it defines an action where someone is unknowingly racist. To me, however, the intent of one's statement is what matters the most. Only when you intend to hurt a specific racial group, your action should be deemed morally wrong. That's why people partaking in blackface or using the n-word should be criticized, as both of these actions are used to specifically demean the black community. However, wearing a wig as part of your Hippie costume doesn't seem to meet the criteria.

Would you say American icon Bob Ross was racially insensitive for having an Afro? I doubt it. 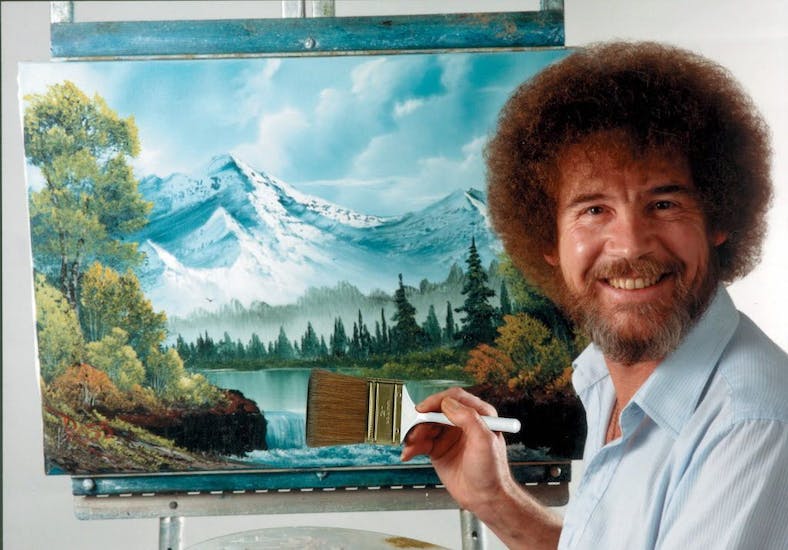 The story behind Bob Ross's Afro is not one of racial mockery but pure pragmatism. Before he reached stardom, Ross was a regular struggling painter. In order to make better use of the little money he had, he decided to perm. "He got this bright idea that he could save money on haircuts, so he let his hair grow, he got a perm, and decided he would never need a haircut again," said Ross's long-time business partner Annette Kowalski.

According to the logic of a leftist culture warrior, Ross's pragmatic act of getting a perm would be deemed as "offensive" and "racially insensitive." However, if we look at this from a logical lens, Ross, just like the students in my school who were wearing Afros, were trying to express themselves instead of belittling a certain hairstyle and racial group.

All in all, the leftist culture war is a nearly pointless endeavor for preformative activists to take part in to feel some type of "moral superiority" over those around them. Its true danger does not come from its illogical basing or divisions among the left but from the issues it distracts from. Take the COVID-19 pandemic, for example; during this time, the media talking heads and mainstream politicians pushed the cultural message that our nation values our essential workforce without delivering any long-lasting policy change. While the kind words of these elitists may have touched the hearts of a few, it did nothing to change the fact that full time federal minimum wage workers cannot afford a single bedroom apartment in 93% of American counties or how 78% of American workers are living paycheck to paycheck. Only after every American is paid a livable wage, has a roof over their head, and all the other basic resources needed to pursue their own happiness, can we worry about the feeling-based issues that encompass leftist culture war.