Opinion: Why I Oppose Removing the NSGW Plaque From Washington High School

Predictably, the vast majority of you reading this are going to be fellow WHS students, so for the sake of maintaining my somewhat decent reputation, please allow me to introduce myself before you jump to conclusions about the content of my character. I am Sunjay Muralitharan, a WHS senior, vice-chair of the School Site Council, co-president of the Students for Change club, co-founder of this blog, and a student in the same Ethnic Studies class that decided to start this initiative. I am a proud Social Democrat who firmly believes substantive and pragmatic policy changes are far more vital than symbolic victories (a viewpoint I would expect many of my fellow huskies to share). To put that into an understandable real-world example, passing the George Floyd and Policing act (which would abolish qualified immunity and very likely save hundreds of black lives) is a vastly greater victory than painting the words Black Lives Matter in a bright yellow font in front of the Trump Tower. 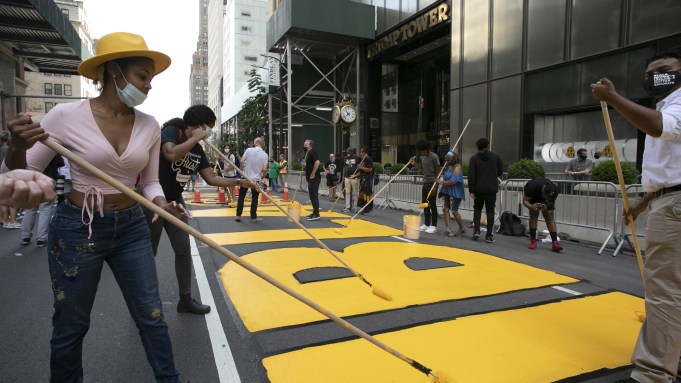 My issues with this plaque removal initiative are numerous, to say the very least. Probably the most glaring fault is how the whole movement itself rests on the blatantly illogical argument that an organization must be canceled today for a racist belief they held over 80 years ago. A nearly equally glaring issue is the costs associated with this goal, primarily because the Fremont Unified School District is facing budget cuts of over $30,000,000 over the next two school years. In addition, the initiative lacks input from actual Japanese American students who (according to proponents) should supposedly be offended by this plaque.

“The Native Sons of the Golden West have harmed specifically the Japanese American community, and it is important to get this symbol of racism and ignorance OFF our campus and out of our schools.” reads the petition in favor of this cause. This statement is by no means factually incorrect; The Native Sons of the Golden West did, in fact, harm Japanese Americans as they fought to bar them from becoming citizens in the 1940s. Now I know what you are thinking: Sunjay, why would you want a mark left by this blatantly racist organization on our school? The answer is quite simple; there is a vast difference between The Native Sons of the Golden West of the 1940s and today. Today this organization stands for historical prevention and charitable functions; since 1953, they have donated over $6,500,000 to the UCSF, Sutter Memorial, and St. John’s hospitals. In addition, the organization has annual scholarship programs where CA students can win up to $2000.

Chances are, you aren’t yet convinced. Some of you are probably thinking, “But Sunjay, the good things they have done today do not excuse their past actions.” While this thought is somewhat justified, it's important to note that various widely acclaimed charitable organizations and nonprofits today have also had questionable pasts. Part of the motives behind the founding of Planned Parenthood, for example, was based on eugenics. Their founder Margaret Sanger was a common speaker at eugenicist conferences; in the 1930s, she even supported the Nazi’s sterilization program. She herself saw her organization’s expansion of reproductive healthcare as a method to facilitate "the process of weeding out the unfit [and] of preventing the birth of defectives."

Another example would be the Red Cross who initially refused to accept blood from black donors during WW2 and then later did so on a segregated basis. Now am I saying that you can’t cancel an organization for its racist past? Of course not; while I strongly disagree with that approach, I believe everyone is entitled to their own opinion. However, if you want to remove this plaque from our school, you should also be in favor of tearing down Planned Parenthood, and Red Cross facilities since these organizations also held racist beliefs in the past.

A general plan regarding the costs of this initiative has yet to be released by its proponents, making it difficult to uncover how expensive this project may be. However, it's safe to assume that hiring someone to remove a plaque that’s been embedded in concrete for decades and then proceeding to replace that concrete is going to be quite costly; and that's the last thing we need as our district is facing $30,000,000 of budget cuts over the next two years.

My final criticism of this proposal is that they have yet to actively reach out to the Japanese community in WHS to get their opinion on this issue. According to proponents, this plaque is supposed to offend this community, but how can they truly know that without their input? In this regard, this initiative is quite similar to how the male-dominated Texas congress (63% of their members are male) are the ones making rules that dictate whether or not women can get abortions. Now let’s be clear, there is nothing wrong with standing up for a particular marginalized community, but it's important to make sure that they are on board with the goal you are pushing for BEFORE you start pushing for it.

All in all, I applaud those who started this initiative, as I value any attempt to make a positive difference. However, the faulty arguments, financial burden, and lack of input from Japanese students regarding this project clearly indicate that this initiative is not something Washington High School should follow through with.